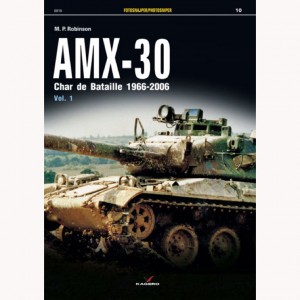 The AMX-30 was Franceâ€™s principal battle tank for over 30 years and continues to serve the French Army in later forms even to this day. In this first work of a two volume study examining the history of the AMX-30 battle tank, M.P. Robinson describes the development and introduction to service of this long serving weapon system. Photographic coverage in Volume 1 is focused on the AMX-30B gun tank, its service life and the supporting vehicles that served alongside it in the Arme BlindÃ©e Cavalerie in the 1960s, 1970s, 1980s and 1990s. Over 150 colour and black and white photographs tell the story of this tank in its environment, as well as in detail, for the historian and modeller alike. 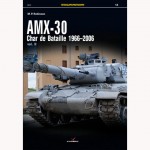