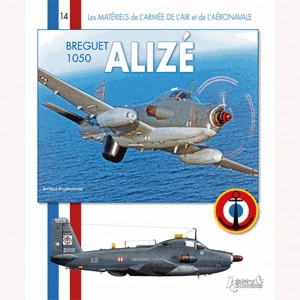 A detailed history of this aircraft, the French carrier-based anti-submarine warfare aircraft. The first prototype was unveiled in 1956 and underwent several changes before being put into production in 1959. Breguet Alize was used by the Navy mainly on aircraft carriers, until 2000.