Camouflage & Markings of Allied Armour in the Battle for Cassino 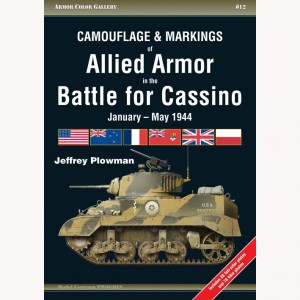 Published to coincide with the 70th Anniversary of the battle for Cassino, this is an authoritative guide to the armour deployed by the Allies over the course of the fighting for this strategic objective.

Covering American, British, Indian, Canadian, French, New Zealand and Polish armour, this book includes a number of rare and unpublished photos with detailed captions with 56 pages including 8 in full colour.