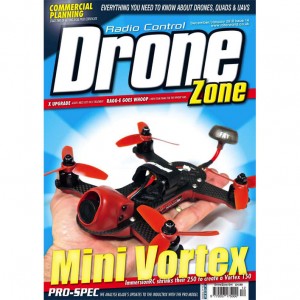 Insight
6 Front Page
Breaking news stories from the world of drones,
multi-copters and UAVs
24 What’s New
The latest new drones, products and accessories
launched for this growing market
60 Buyer’s Guide
Our comprehensive listing of available multi-copters in all
classes
66 Contacts & Info
Information and contacts that will help you get the most
from your drones

Features
20 Sussex By Air
Drone Zone caught up with Mark Boyt, founder and
owner of Sussex By Air, a nationwide CAA-approved
aerial fi lming company and who also launched the Drone
Safe Register. It turns out that Mark is a very infl uential
fi gure in the drone world
34 Through the Lens
Drone Zone putting the new Blade Inductrix Pro through
its paces
36 First Anniversary
It is one year now since Shaun Taylor began his series
Diary of a Newbie – how time has fl own, and so has
the number of drones he has owned! In this issue Shaun
refl ects on the highs and lows…
42 Manual Labour
After successfully passing the fi rst stage of his CAA PfCO
certifi cate with the theory exam, it was now time for
Shaun Garrity to prepare his operations manual and in
this instalment he looks at the options available

Reviews
10 Professional Pairing
Shaun Garrity checks out the new and improved Quanum
V2 Pro FPV drone racing goggles from HobbyKing
14 RaGG-e Gets a Whooping
As you can imagine any Blade Inductrix has had a hard
life including big crashes and heavy landings so when
RaGG-e offered us one of their new Whoop frames to
give it an update, we jumped at the chance
26 Pro-Spec Inductrix
Blade were the founders of what has become the Tiny
Whoop phenomenon with their original Inductrix model.
Naturally, things have quickly progressed in this area so
Blade have hit back with their new Pro model that has
had a makeover
44 Shrinking the Vortex
Hot on the success of their 250-sized model,
ImmersionRC decided to go smaller with a drone capable
of fl ying in smaller and tighter spaces whilst maintaining
high performance with the Vortex 150
50 Align MR25X
Dave Dijkmans puts the updated Align FPV racing quad,
the MR25X to the test with its spilt-type 30A BL-HeliS
electronic speed controllers, 2K DV camera, MRS fl ight
controller and 2205 2400KV motors 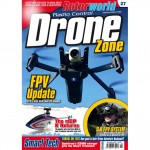 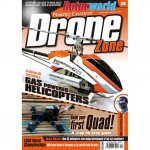 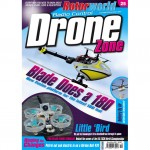