In the Footsteps of Alexander 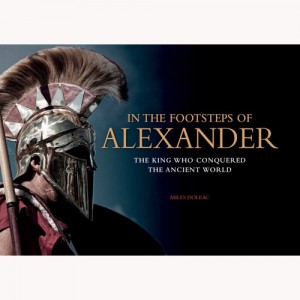 The Soldiers who Conquered the Ancient World

In just 11 years, Alexander the Great’s army marched 22,000 miles and secured the Balkans, conquered Asia Minor, the Levant and Egypt, defeated the Persian Empire and invaded India. By the age of thirty, he had created one of the largest empires of the ancient world. And even after he died, aged just 32, undefeated in battle, his influence remained, not just across Europe, but into Asia, too.

But what was it like to be soldier in Alexander’s army? To march from Macedonia to India? To serve as a hoplite, a Phalangite or a cavalryman for Alexander? In the Footsteps of Alexander; the soldiers who conquered the ancient world explores the achievements of one of history’s great military leaders from the point of view of his warriors.

The book is divided into four parts, with part one covering the extent of Alexander’s campaigns; part two examining the recruitment, equipment, tactics and lives of his infantrymen and cavalrymen; part three looking at the cities that he founded, such as Alexandria and Kandahar; and part four explaining how after his death his great empire fell apart, but his Hellenic influence lived on throughout Europe and Asia.

Including more than 200 photographs, illustrations, paintings and maps, In the Footsteps of Alexander is a colourful, accessible examination of military life under one of history’s greatest military leaders.