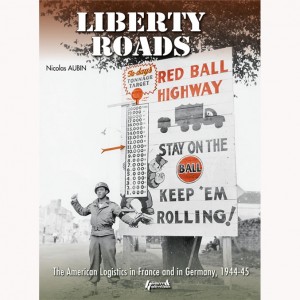 American Logistics in France and Germany 1944-45

â€¢ An in-depth look at the American logistical effort during the Second World War. The Red Ball Express is the nickname given by the Americans to the supply route established between the landing beaches and the frontline, first in the Cotentin in Normandy and then throughout France. While awaiting final repairs to the rail network, the road was the only way to supply the 28 Allied divisions each in need of 750 tons of supplies each day, for a total of 12,500 tons daily. Red Ball Express describes accurately all the logistical means implemented by the U.S. Army Liberty ships to the railway through the floating ports and GMC trucks. This book is the first substantial book devoted to American logistical effort during the Second World War, offering detailed descriptions of logistical methods, tactics, techniques and more. THIS BOOK IS IN ENGLISH.