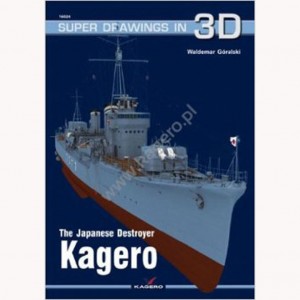 The Japanese destroyers truly made their mark during the war in the Pacific. Fast, heavily armed and manned by well-trained crews, they took part in some of the most memorable surface and air-sea battles of the Pacific War, but also in hundreds of lesser known actions. Those workhorses of the Imperial Navy were employed in a wide variety of roles â€“ from direct action against enemy fleet to escort duties and even pure transport tasks. Commander Hara Tameichi rightly observes that it was the destroyers that bore the brunt of the fighting at sea, and very few among them were as good as the Kagero class warships.