The Story of ESCI 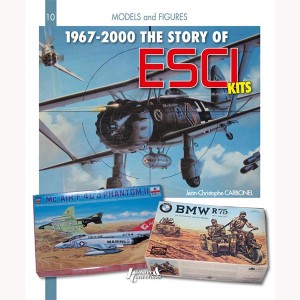 â€¢ The story of the famous Italian plastic scale model manufacturer ESCI. This well-known Italian brand will remain famous for having introduced many innovations in the world of modelling, starting with the wide dissemination of board designs. ESCI were originally known for their offerings in the very popular 1/72 scale. They were also a pioneer in offering multiple variants of the same model parts or different markings, as well as the first (if not unique) large cockpit kits for fighter aircraft. The founding of the firm ESCI predates the Second World War, but it began to debut its models in the early 70s.