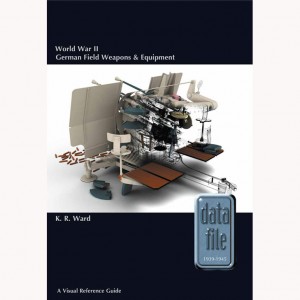 â€¢ Keith Ward brings German weapons and equipment to life with his technical illustrations in this essential guide for anyone interested in the German armed forces in World War II This title is the first in a series that employs a simple and effective concept to illustrate and describe the multiplicity of equipment and weapons systems used on the ground during World War II. Whilst many books have described such weapons and war materiel, Keith Ward’s unique abilities as a 3D technical artist bring these items to life, illustrated throughout in full colour. Here, in a single concise volume, are all major and many minor and less well-known items of German weaponry and equipment, rendered precisely, including detailed cutaways showing their internal workings, information which is often absent from other publications. Technical details are also provided. This is an essential volume for anyone interested in the German Armed Forces of World War II.