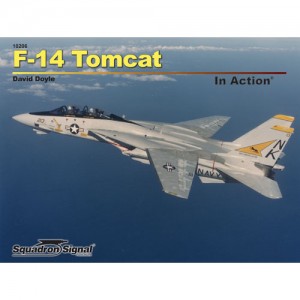 Few types of aircraft owe their celebrity status to Hollywood to the extent that the F-14 Tomcat does, first, with the time-travel Pearl Harbor film The Final Countdown, and later with the hit movie Top Gun. While Hollywood may have cemented the F-14 in the public eye, it was Grumman engineers on Long Island that cemented the aircraft into the mind of naval aviators. When the F-14 was retired with considerable ceremony on 22 September 2006, after 36 years of service by the type, it was not because its capabilities had been eclipsed. Rather, it was because, like the SR-71, the aircraft was deemed too expensive to operate in an era following the collapse of the Soviet Union. Indeed, it was to counter the Communist threat that the Navy had sought a Fleet Air Defense fighter capable of carrying extremely long range air-to-air missiles, powerful radar to guide intercepts, as well as a heavy cannon for close air-to-air combat. Secretary of Defense Robert McNamara had insisted that the Navy and Air Force engineer a single aircraft to serve both branches and fill the Navy requirements, resulting in the F-111. The Navy variant of the F-111, the F-111B, did not meet the service’s requirements, and in 1968 the Navy stopped funding the F-111 program. This set the stage for the F-14 – which Grumman engineers were able to take from concept to first flight in only 22 months. Even today, there are many in the Naval aviation community who yearn for the Tomcat to still be part of the fleet. Contains more than 175 photos of which most are in full colour, line drawings and profiles. 80 pages.