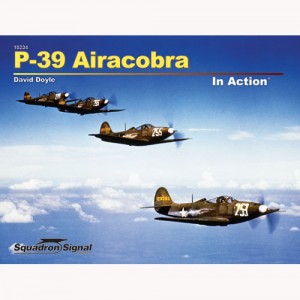 While the Bell P-39 is often thought of as a premier fighter in the hands of Soviet pilots, it is also well-remembered as an airplane that was almost a great fighter. So great was the Soviet success with the P-39, some forget that the aircraft also served well for the British, Free French, and the United States, on whom this volume focuses. Created in response to the U.S. Army Air Corps Circular Proposal X-609, issued in February 1937, Bell Aircraftâ€™s P-39 boasted an innovative layout. The engine was positioned behind the pilot with a long shaft connecting it to the propeller. Lack of a turbo-supercharger and limited room for on-board fuel tanks made the aircraft ill-suited to high-altitude combat, and as a result many of the P-39s were shipped off to the Soviet Union, where relatively low speeds and low altitudes were characteristic of air combat. Soviet pilots appreciated the P-39â€™s armament, particularly its 37mm nose cannon. Despite its high-altitude limitations, American combat forces made good use of the P-39 in the Mediterranean and Pacific theaters, where in lower-altitude engagements, the aircraft held its own against Zeros and other enemy planes. Illustrated with 170 photos, detailed line drawings, and more than a dozen colour profiles.