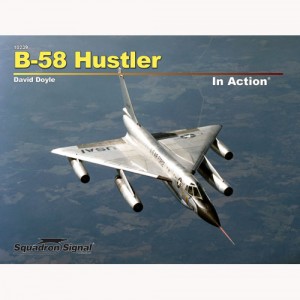 Sleek, sporting a delta wing, four big engines, and an external payload, the Convair B-58 was the first operational bomber capable of Mach 2. In service for only a decade, the supersonic bomber was dubbed the “Hustler” – a tribute to its impressive performance. The effort that resulted in the B-58, which saw its heyday in the 1960s, began back in February 1949 the Air Research and Development Command at Wright-Patterson Air Force Base initiated the second Generalised Bomber Study (GEBO II). While a number of manufacturers responded, Convair’s design, which drew heavily on that firm’s previous delta-wing fighter stylings, was favoured. During its career, the B-58 equipped two Strategic Air Command (SAC) bomb wings. The first of these, the 43d Bomb Wing, was based from 1960 into 1964 at Carswell Air Force Base in Fort Worth, Texas, adjacent to the factory where the B-58s were built, then moved in 1964 to Little Rock Air Force Base in Arkansas, where it remained until the Hustler’s retirement in 1970. The second unit was the 305th Bomb Wing, based at Bunker Hill Air Force Base (later known as Grissom AFB), Indiana from 1961 through 1970. While the initial operational use of the B-58 was beset with delays, and in fact at one time SAC outright opposed the aircraft, as the decade of the 1960s began the B-58 brought SAC much desired prestige as it set a successive number of records involving speed and altitude. Among these were the 1961 Thompson Trophy, the Mackay Trophy, the Harmon Trophy, and the Bleriot Trophy. Despite its impressive performance, the B-58 was not without shortcomings. For one thing, its 1,740-mile unrefueled range was relatively modest. For another, the Soviets developed the SA-2 Guideline surface-to-air missile that could strike the Hustler at its 63,400 foot ceiling. Finally, the operational cost of the bomber was extremely high. Accordingly, in 1965, Secretary of Defence Robert McNamara ordered the B-58 phased out by 1974. Then, as the Nixon Administration made one last attempt to bring the Vietnam War to a successful end, Defene Secretary Melvin Laird advanced this phase-out to Fiscal Year 1970 to cut defence expenditures. Accordingly, the aircraft were, except for a few display specimens, shuttled off to Davis-Monthan Air Force Base, where they lingered in storage until 1977, at which time they were sold for scrap to Southwestern Alloys. Illustrated with over 200 photographs, 72 pages.
David Doyle
ISBN = 978-0-89747-802-1. 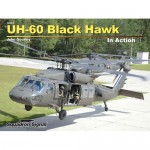