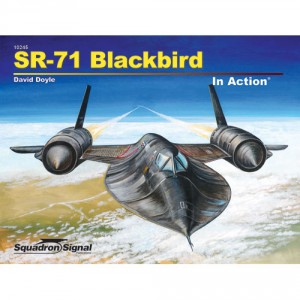 Lockheed produced the A-12 to meet the CIA’s need for a high-altitude, high-speed surveillance aircraft with a low radar cross-section. In May 1967 the first Blackbird flew over Vietnam. When the CIA retired the A-12 from Vietnam in June 1968, its place was taken by the Air Force version of the plane with the now more familiar name of “Strategic Reconnaissance” SR-71. During the Vietnam War, SR-71 overflights averaged one per day, during which time the enemy unsuccessfully fired 800 surface-to-air missiles against it. In addition to the A-12 and SR-71, Lockheed also turned out the M-21, to launch D-21 drones. Another version, the YF-12, was tested as a high-altitude interceptor but never made it to series production. Uncover the once top-secret history of the famous Blackbird through this all-new 80-page book, packed with detailed line drawings and over 200 photographs.