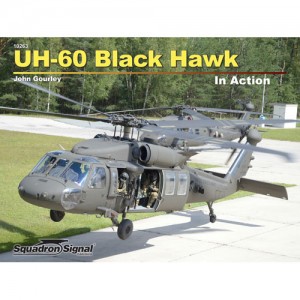 UH-60 Black Hawk In Action – In January of 1972, a request for proposals or RFP was issued to lay out the guidelines for a new utility helicopter to replace the Bell UH-1 Iroquois type. The “Huey” had served admirably in the Vietnam Conflict, but it lacked engine power, was vulnerable to small-arms fire, and was limited in lifting/transporting heavy external payloads. Under the UTTAS (Utility Tactical Transport Aircraft System) competition, the new clean-sheet design intended to rectify all of the UH-1’s shortcomings, while integrating the latest technology developments in helicopter construction and power-plant design. This new helicopter would be capable of a cruising speed of 167-201mph/145-174kts (269-324km/h) and be able to maintain this speed for a minimum of 2.3 hours. It had to carry an 11-man infantry squad, with all of their gear, in hot temperature/high altitude scenarios. If troops were not to be carried, that same lifting power provided by two engines would instead lift underslung cargo loads, up to a maximum of 8,000 lbs/3629kg. The cargo cabin space had to be able to be converted with a minimum of effort for use in aeromedical evacuation, utility roles or as an infantry assault transport. Illustrated with over 250 B/W and colour photos. 80 pages.