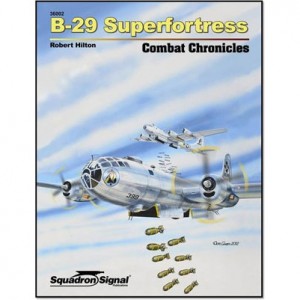 With its pressurized cabins for high-altitude operation, its long range, large bomb capacity, and turbo-supercharged engines, the B-29 Superfortress was the epitome of cutting edge American air power during WWII. The author, a photographer with the 40th Bomb Group and a veteran of 83 Superfortress missions, offers a first-hand, eye-witness account and shares his experiences on reconnaissance and bombing missions, flying the ‘Hump’ and taking off from an advanced base in Sichuan, China, to pummel Japanese occupation forces throughout Asia. Then in early 1945, the 40th BG moved to newly-liberated Tinian from which they took part in the final chapter of WWII – the aerial assault on the Japanese home islands. Introduces you to fellow veterans of the 40th who relate their no-less extraordinary experiences – ditching in the Bay of Bengal, lost in the Siberian Taiga, downed behind enemy lines in China, taken prisoner after bailing out over Tokyo. Personal accounts from the men who served on the front lines of the air war in the Pacific, a unique primary historical source and a truly exciting read. Illustrated with over 100 photographs.