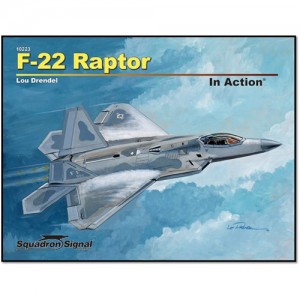 The single-seat, twin-engine Lockheed Martin/Boeing F-22 Raptor is the world’s first operational fifth-generation fighter. ‘Fifth-Generation’ denotes a new plateau in fighter design, surpassing the F-15 and Mig-29 capabilities. This volume traces the history of the Raptor and describes in detail why it is likely to be the world’s best fighter for years to come. While the Raptor was designed for air superiority, it also embodies ground attack, electronic warfare, and signals intelligence features. After years in planning and development, the US Air Force announced plans to purchase over 600 F-22 Raptors in 1991. Cutbacks in 1993 reduced the number to 442. With the onset of the Obama Administration, Raptor production was capped at 187 units. As challenges to US global leadership mount, however, the Raptor’s capabilities will face increasing demand. Illustrated with 169 photographs plus color profiles and detailed line drawings; 56 pages.