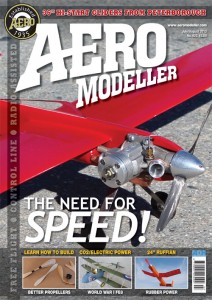 Features
10 COVER STORY! A Need for Speed
If you indeed have a need for speed, then try on a pair of these 1/2-A and .15 sized speed machines from the grand master of F2D Proto Speed, Jerry Rocha.
16 Royal Aircraft Factory FE8
This clean and well-designed little pusher from World War 1 may not have been much of a match for the Albatros fighters from 1916, but it holds its own in character as a fine scale subject for CO2 or electric power.
30 The Ruffian
Josun Cole reports on a snappy Free Flight rubber model that is well suited for modellers of all abilities and ages.
36 Compressed Air Motors
Part 4 â€“ Assembly. The development of a modern Compressed Air Motor for the Home-Workshop Enthusiast.
41 What is Old is New Again
A new class for competitions called 36Ë Hi-Start Glider is the hottest old/new thing since they invented the bicycle seat. Andâ€¦ we have a plan to get you started!
58 Frank Dowlingâ€™s Classic Liquidator XL
The missing in action text.
59 Vintage Combat
Some old warriors may say, â€œthose were the days of combatâ€ but, Richard Evans is here to tell you all, the battles of yesterday are still being waged in the circle of chaos by those men who are still the masters of mayhem.

Departments
4 Heard at the Hangar Doors
News from across the globe.
6 Up & Coming
Events not to be missed.
8 Aero Post
Readers letters from around the world.
20 Off-the Shelf
New products.
50 Web Walk
Mike Evatt walks the web for more aeromodelling delights.
54 For Old Times Sake
With Don Howie.
66 Tail End Charlie
Chris Ottewell takes a look back. 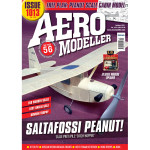 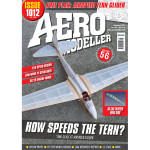 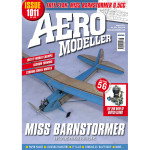