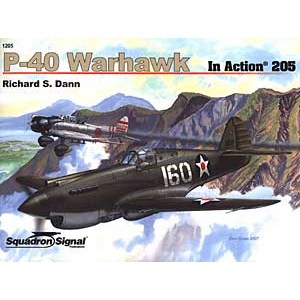 The Curtis P-40 was a single-engine, single-seat, low-wing, all metal fighter and ground attack aircraft which first flew in 1938, and was used in great numbers throught WWII. It was a direct adaptation of the existing P-36 airframe to enable mass production of frontline fiighters with minimal development time. By the time production ceased in November 1944, 13,738 P-40s had been produced; they were used by the air forces of 28 nations and remained operational throughout the war. Warhawk was the name the US Army Air adopted for all models, British Commonwealth air forces gave the name Tomahawk to models equivalent to the P-40B/C and Kittyhawk to models equivalent to the P-40E and all later variants. This reissue features four new pages with color photographs and locations of ‘Still Airworthy’ and ‘On Display’, modern examples of the P-40. Illustrated with more than 100 photos, 10 color profiles and line drawings. Dann; 64 pages. 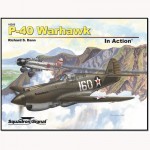