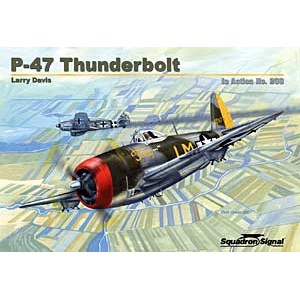 It was known by several names – officially the Thunderbolt, but it was also called the Jug, â€™Bolt, T-Bolt, Juggernaut, and other names by the Germans that canâ€™t be mentioned. The P-47 was the biggest, most heavily armed, and one of the fastest single engine fighters developed during World War II. Indeed, several P-47 experimental aircraft topped 507 mph, and several pilots claim to have flown the big fighter into transonic speed ranges. More than 100 photographs, line drawings and colour profiles. 60 pages.