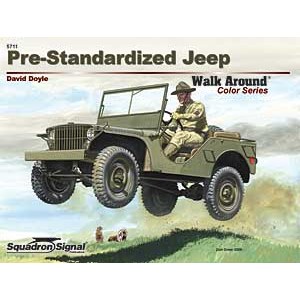 Three distinct versions of a reconnaissance car were produced before they were standardized into the World War II-era Jeep. Bantam, Ford and Willys produced different models to win military contracts. Bantam delivered 70 pre-production units in December 1940. Eight of these models featured four-wheel steering. In 1941, the U.S. government ordered 1,500 units from each of the manufacturers. The best qualities of the three models were incorporated into the final standardized Jeep. This book takes a detailed look at Jeepâ€™s early evolution with more than 250 photographs, colour profiles and detailed line drawings. Doyle; 80 pages.