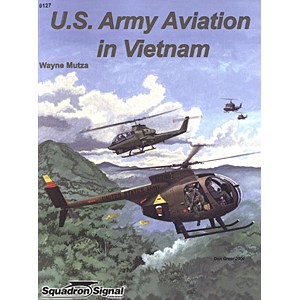 During Vietnam, the US Army employed a variety of aircraft to accomplish combat missions. Following turf and budget debates with the Air Force, the Army settled on the use of various helicopters and some fixed-wing observation planes. Using airmobility and air assault strategies, the Army was able to demonstrate the ability to rapidly move significant amounts of men and equipment on the battlefield. Army aircraft were further used as gunships, medevacs, air controllers as well as surveillance and transportation. This book takes a detailed look at the development and implementation of Army Aviation in Vietnam with nearly 200 photographs, color profiles and detailed line drawings, Mutza; 80 pages.