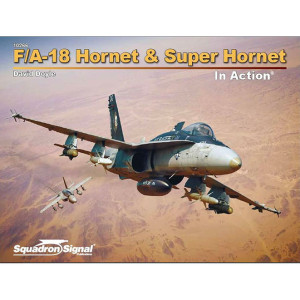 This book is written by author David Doyle. Line illustrations are done by Ike Anderson and the cover (front and back) artwork is done by Piotr Forkasiewicz.

This books is 80 pages full colour.

In Action® books are books that trace the development of a single type of aircraft, armoured vehicle, or ship from prototype to the final production variant. Experimental or “one-off” variants can also be included. The first In Action® book was published in 1971.

About the Author: David Doyle’s earliest published works appeared in periodicals aimed at the historic military vehicle restoration hobby. By 1999 this included regular features in leading hobby publications, appearing regularly in US, English and Polish magazines. Soon, this expanded to publications aimed at scale model enthusiasts as well. In 2003 his first book was published, and since that time has written more than 200 additional titles, with aviation and nautical topics joining his initial efforts concerning vehicles. He and his wife Denise live in west Tennessee.