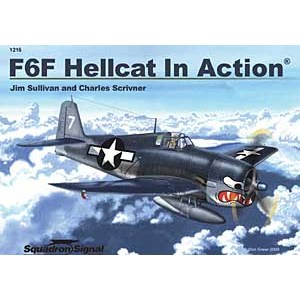 During World War II, the United States Navy needed a powerful fighter to counter the Japanese Zero. In combat, Hellcats got more than 5,000 confirmed kills with a 19-to-1 kill ratio. The folding-wing aircraft were capable of operating from carriers or land. Some were equipped with radar for night fighting. The heavily-armed fighters could pack armament including six wing-mounted .50 caliber machine guns, 20mm cannons, wing-mounted rockets and a bomb rack. Later, remote-controlled versions of the aircraft were used to test atomic bomb blasts and as flying bombs. This book takes a detailed look at the F6F Hellcat with about 100 photographs, color profiles and detailed line drawings. Sullivan and Scrivner; 60 pages. 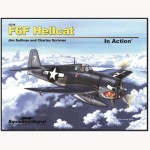