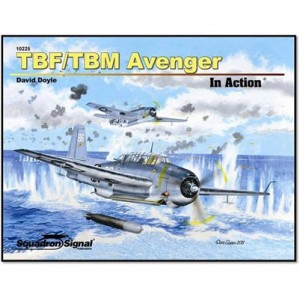 Doyle. The Avenger was the foremost Torpedo Bomber in the US Navy’s arsenal during WWII. Designed by Grumman as a replacement for the Douglas TBD Devastator, Avenger production began prior to the Japanese attack on Pearl Harbor and it remained in US Navy service until October 1954. Demand for the large torpedo bomber was so strong that General Motor’s newly-formed Eastern Aircraft Division was contracted as a second source for the Avenger, ultimately accounting for more than half of the total production. In addition to its obvious use as a torpedo bomber, the Avenger also served as a horizontal bomber, dropping conventional bombs, as well as mines and notably, depth charges, while operating in an antisubmarine role. This all-new edition is filled with 212 vintage photos, 29 of them in color, these are augmented by five color profiles and a like number of detailed line drawings; 80 pages.