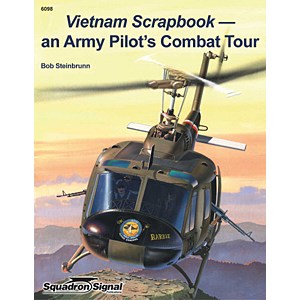 In January 1966, Robert Steinbrunn entered the US Army for 4 memorable years. At Fort Rucker, Alabama, he received training in Bell helicopters, including the Huey and Iroquois (UH-1A, B and D models). Afterward, he was sent to Fort Knox, Kentucky, where he was assigned to A Troop, 7th Squadron, 17th Air Cavalry, the ‘Ruthless Riders’, flying the short-cabin Bell UH-1C gunship. After honing their reconnaissance skills in training, the 3rd and 7th Squadrons became the ‘eyes and ears’ of the 4th Infantry Division, which was based at Camp Enari, Pleiku, in the Central Highlands of Vietnam. Steinbrunn documented his time flying helicopters in Vietnam and has compiled his memories into a memorable book. Illustrated with more than 200 photographs. Steinbrunn. 80 pages.