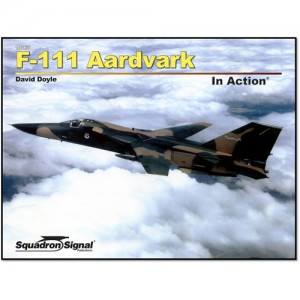 The F-111, which ultimately proved to be a very capable fighter-bomber for the US and Australian Air Forces, was born out of the desire of Secretary of Defence Robert Strange McNamara to force the USAF and the Navy to use a single aircraft for all tactical missions strike, close air support, air superiority and fleet air defence. The initial effort, called the Tactical Fighter Experimental, or TFX, was based largely on the Air Forces requirements, with a few adaptations to approximate the Navy’s desires. The initial Air Force version of the aircraft would be the F-111A, while the Navy variant was the F-111B. Although General Dynamics was the prime contractor, the company had little recent experience in building carrier-borne aircraft, and turned to Grumman as a subcontractor for the assembly and testing of the Navy planes. The F-111 itself, the first production variable wing geometry aircraft, would have a remarkable 30+ year service history. During that time the aircraft was produced in five models, and modified and rebuilt into three additional models. Illustrated with over 200 colour and B/W photos. 80 pages