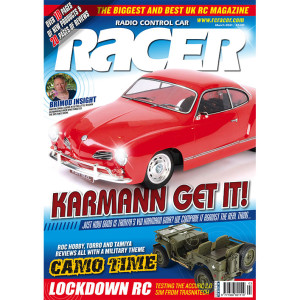 Features
YOUR INSIGHT INTO THE BEST OF RC CARS,
PEOPLE AND TECHNIQUES.
34 The Brimod Brand
Vintage racer Martin Dingle enlightens all about Brimod,
the British manufacturer set-up by top engineer Tony
Britten and his son Peter. Martin is very knowledgeable
about the brand as he owns one of their buggies that was
only ever photographed in prototype form and raced under
intense secrecy.
46 Wet Car Prep
Racing in the UK, even in the summer often means wet
conditions. Most racers will invest in a second chassis that
will have a dedicated set-up for the slippery conditions and
potential standing water on the track. There can be quite
a few differences between ‘dry’ and ‘wet’ cars so who
better to run through his wet car than the BRCA National
Champion, Olly Jefferies.
52 AccuRC 2.0
The UK-based company’s simulation software is designed
to work on all major brands of transmitter and gamepad,
and is connected via USB or when paired to a wireless
dongle. After reading all the positive feedback form AccuRC
2.0 users we had to get our hands on the sim to test…
58 On the Attack
Steve Dunn’s Fast Attack Vehicle focuses on the scale
details of the Tamiya off-road machine with a distinctive
paint job and a selection of custom additions as he runs
through the modifications on the model that was his
inspiration from back in the 80s.

Reviews
THE LATEST THRASH TESTS.
14 Torro US MaxxPro MRAP
We have always been drawn to the impressive stand of
Torro every year we go to Nuremberg for the Toy Fair
so when Ian Peckett was offered sample of their new
US MaxxPro MRAP vehicle to review, we jumped at the
opportunity.
24 Tamiya M-06 VW Karmann Ghia
The VW Karmann Ghia is an icon so who better to come
up with a 1:10-scale RC version than Tamiya. Our sample
does away with the box art scheme and instead replicates
one owned by a colleague of reviewe Andy Carter, who
painstakingly researched the model for his review with
all the details faithfully applied to the Tamiya model that
he equipped with some custom touches including hidden
body mounts.
40 Roc Hobby 1941 Jeep
The Jeep is synonymous with the second World War 2
and Roc Hobby has faithfully recreated this 1:6-scale RTR
version. The company spent two years developing
the model that includes a detailed pre-painted and
pre-assembled body with functional lights, servodriven
steering wheel and a fold-away windshield,
whilst the body sits on a metal C-section chassis with
oil-filled shocks to help it transverse off-road surfaces,
aided by 4WD and locked axles. Ian Peckett gets his
hands on the scale version and puts it through its paces. 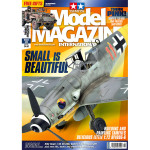 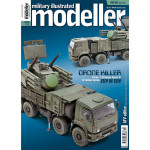 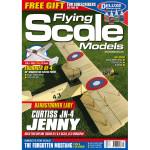