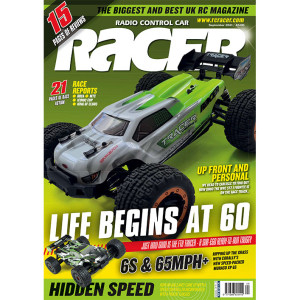 FEATURES
YOUR INSIGHT INTO THE BEST OF RC CARS,
PEOPLE AND TECHNIQUES.
10 A SPEEDY PLATFORM
Ian Mullaney, an electrical designer has developed a new
chassis for his vintage Schumacher Procat that sees the
speed controller integrated into the chassis for a unique
and very cool look. In this month’s Iconic RC Vintage
Column, John Weston finds out how he came up with the
idea as well as some background details after making a
comeback into the racing scene.
16 CONTINUING WHERE THEY LEFT OFF
Eastbourne Electric Car Club were the hosts for the first
BRCA 1:10 TC National of 2021, which saw domestic
racing return at the highest level since the end of 2019.
The defending champions would be back to battle it out
for honours on the south coast with Olly Jefferies and
Zak Finlay the favourites for the wins in their respective
classes of modified and stock.
32 CLUBMANS KICKS OFF TC IN 2021
Late May saw the first of this year’s BRCA Clubmans
series kick off at Cotswold with classes for Frontie,
TC 17.5T Blinky and Formula One, which saw wins for
Christopher Brian, Zak Finlay and Luke Lee respectively
38 ‘BOURNE TO RACE
Much nicer weather greeted the racers for the second
round of the King of Clubs that also supports the Tamiya
Junior-E series for new and younger racers. The host
club offered dry and sunny conditions, which was very
different to the previous event at Aldershot, but it was the
same drivers who proved that their round one wins were
no fluke.
42 A ONE-TWO FOR THE SKIDMORES
This year’s BRCA 1:8 Off-Road National Championships
would begin on the dirt in Blackpool and the North West
Nitro venue. Whilst the pre-season favourites of Neil
Cragg and Elliott Boots would excel in qualifying and the
semi-finals, it was Joni and Will Skidmore who would
come through the 45-minute A final to take the top two
spots as Juliet Exall reports.

REVIEWS
THE LATEST THRASH TESTS.
22 FTX TRACER TRUGGY
The FTX brand has always offered excellent value for money,
but the new Tracer Truggy pushes the boundaries with its
sub-£60 RRP for the RTR package. The spec includes coil
sprung shock absorbers, double wishbone suspension, front
universal driveshafts, a brushed power system and Li-Ion
battery, but of course you can only really tell how good an RC
model is until you take it out. To find out our thoughts, head to
page 22.
46 CORALLY MURACO XP 6S
The market for capable, high-speed 1:8-scale off-road models is
a big one and highly sought after amongst manufacturers. This is
the first time Racer has reviewed a model from the Corally brand
in its latest guise, and were luckily enough to get our hands on
the new Muraco XP 6S, based on their Shogun model that comes
with a powerful brushless package that with 6S capability,
means a possible top speed of over 60mph. To say we were
excited to run the Muraco would be a huge understatement.
54 SCHUMACHER SHINE WITH PROTOTYPE
AT MTC NATIONAL
Aaron Rose and Nathanael Goodban raced the
Schumacher MTC prototype car at the first round of the
MTC Nationals, but were ineligible for the championship
and so it was Michael Chapman and Mark Young who
took the overall victories at Southend,
58 ON THE FRONT FOOT
With lockdown finally easing, we headed to Carlisle to
put the WRC ST2.1 to the test and the opportunity to
show what the frontie TC could do on track. John Weston
enlisted the talents of Andy Travis to ensure the car’s
potential was fully maximised.
60 UP FOR THE CUP
Six Tamiya-based classes were catered for as the first
Iconic Cup round of the year took place at Carlisle Radio
Model Car Club and the most Northern of tracks of the
2021 series. Despite the continued challenges of the
pandemic, the club and organisers put on a great event
for the racers who were over-joyed at the return of the
Cup after an enforced absence in 2020. 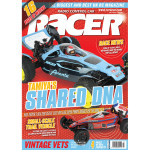 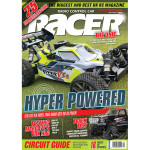