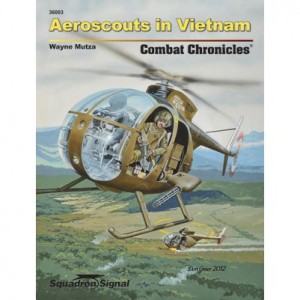 During the late 1950s and early 1960s, U.S. Army planners sought to increase the Armyâ€™s helicopter force. The Army developed new tactical doctrine using helicopters – the airmobile concept – which was based largely on air cavalry units. Such units were descendants of the US Cavalry, which had operated as light, horse-mounted infantry. Air cavalry troopers were, in essence, horse soldiers, and helicopters were their steed. True to their proud and colorful heritage, the Air Cavalry not only employed tactics used by their forefathers of the Indian wars, they embraced their culture as they deployed in the grueling conflict in Indochina. Packed with more than 30 action packed, often hair raising first-hand accounts of helicopter scout combat in Vietnam, this latest addition takes you into the thick of the action. Besides being exciting reading, these personal recollections by dozens of the fighters themselves provide invaluable, primary source historical coverage of one of America’s epic conflicts as experienced by frontline helicopter scouts. Illustrated with over 160 photographs; 136 pages.