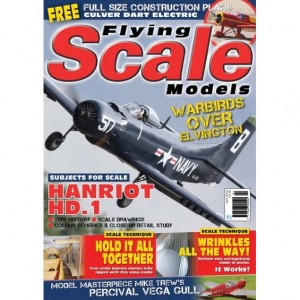 PERCIVAL VEGA GULL
Just occasionally, a scale model comes along that defies superlatives. Mike Trewâ€™s Vega Gull is certainly one of those, here presented in this feature compiled and presented by Simon Delaney

SUBJECTS FOR SCALE HANRIOT HD.1
One of the lesser known allied fighters of WW1, but which has strong appeal to modellers due to its pleasing appearance and uncomplicated shape.

HANRIOT HD.1 IN DETAIL
A close-up study of the Hanriot H.D.1 on display in the R.A.F Museum, Hendonâ€™s Graham White Hangar annex. With much thanks for their kind co-operation.

EXPERIMENTS WITH CORRUGATED SKINS
Corrugated surface skins are a major challenge for scale modellers and many have been the techniques adopted to circumvent the problem. Martin Simons met it head-on! 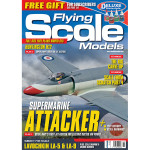 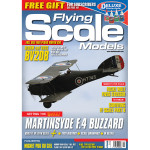 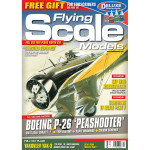