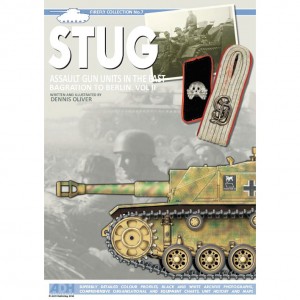 ADH Publishing, in collaboration with The Oliver Publishing Group, is proud to announce a new series of books for the modeller, military enthusiast and general reader.
Each title will include
– Superbly rendered and meticulously researched colour profiles
– Black and white period photographs sourced from the worldâ€™s major archives and private collections
– Background history
– Detailed orders of battle and tables of organisation

The second and final part of STUG: Assault Gun Units In The East. In volume 1 we covered the independent StuG Battalions and the Panzerjaeger companies attached to Infantry divisions equipped with the StuG III and IV and in this book we examine the units of the Waffen SS, the Luftwaffe and the Panzer divisions – some of which contained mixed battalions of tanks and assault guns. We have also had the assistance of Professor Yuri Shepelev who has been able to access the photo resources of the St Petersburg State Archive. 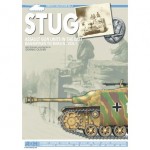