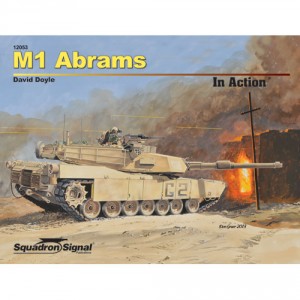 The Abrams family of tanks has been America’s premier main battle tank for over 30 years, and remains arguably one of the most formidable tanks in the world. The first tank to boast a power plant with a 1,500-h.p. gas turbine, the M1 also features air conditioning – primarily for its advanced electronics, but also, by default, for its crews. Conceived during the height of the Cold War, the Abrams has never been called upon to combat a global superpower, but nevertheless has seen extensive combat – particularly in Iraq and Afghanistan. This volume focuses on those combat experiences, in particular the victories and losses of the Abrams and crews on the front lines. Illustrated with more than 230 photographs plus detailed line drawings and a colour profile; 128 pages.
ISBN 978-0-89747-734-5 Paperback / ISBN 978-0-89747-733-8 Hardback